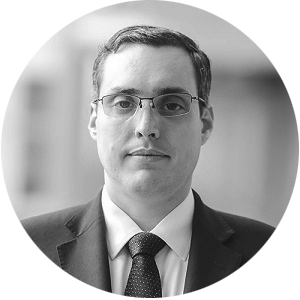 Adam Grandt is a highly technical, hands-on leader and software architect with an agile skillset. Grandt has a proven track record of affecting technological evolution to meet organizational needs. At the CoE, Grandt leads the Cloud Adoption and Infrastructure Optimization Centers, while directing agency efforts to optimize IT infrastructure at an enterprise level. Grandt helps agencies plan lasting and resilient modernization efforts by introducing best practices in infrastructure architecture and systems development. Grandt’s projects have included the acquisition of modern mainframe hardware and the migration process of critical government wide applications. Prior to joining the CoE, Grandt launches several financial technology companies and partnered with federal and local law enforcement agencies to build systems to reduce human trafficking and internet crimes against children. 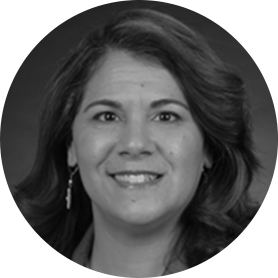 National Institute of Standards and Technology, U.S. Department of Commerce

National Institute of Standards and Technology, U.S. Department of Commerce

Nahla Ivy is the Enterprise Risk Management (ERM) Officer for the National Institute of Standards and Technology (NIST), a bureau of the U.S. Department of Commerce in Gaithersburg, MD.  Ms. Ivy established and leads the implementation of NIST’s agency-level ERM program.  She is currently co-chairing an interagency community of interest addressing the integration of cybersecurity and agency ERM and has informed NIST publications addressing ERM, including cybersecurity and cyber physical systems.  Prior to joining NIST, Ms. Ivy provided risk oversight for a $6B American Reinvestment and Recovery Act (ARRA) project portfolio and implemented the internal controls program at the U.S. Department of Energy.  Ms. Ivy was recognized as an ERM Professional of the Year in 2017 by the Association of Federal Enterprise Risk Management (AFERM).  She previously served in private industry as a research director and product manager for a global financial services and corporate governance firm and is an active member of AFERM and the Association of Government Accountants (AGA). 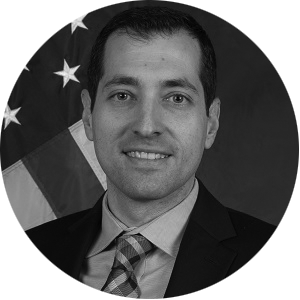 Nick Marinos is a Director in GAO’s Information Technology and Cybersecurity team. He leads audit teams that perform government-wide and agency-specific reviews in the areas of cybersecurity, critical infrastructure, privacy, and data protection across all major federal agencies. Nick also leads GAO’s ongoing evaluation of the Census Bureau’s efforts to implement and protect IT systems critical to the 2020 Census.

Nick joined GAO in 2002. During his career at GAO, Nick has led major reviews of:

Nick earned an MBA in information systems and technology and a bachelor’s degree in business information technology, both from Virginia Tech. He serves on the Virginia Tech MBA and BIT advisory boards at the Pamplin College of Business. As one of GAO’s leading experts, Nick is also frequently invited to speak on a range of cybersecurity topics. Nick is a certified information privacy professional. 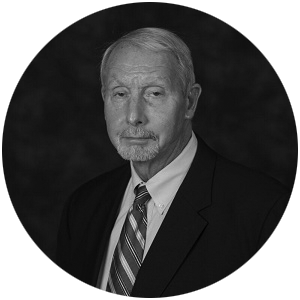 The Florida Center for Cybersecurity

The Florida Center for Cybersecurity

Elected in 2006 to the National Academy of Public Administration (NAPA), Dr. Ron Sanders has served with distinction in some of the most senior positions with the US government, the private sector, and academe, and he has played a key role in the transformation of some of the most important and impactful public sector organizations in the world.

Among his many accomplishments, he helped lead the historic post-Cold War transformation of the US Defense Department; the post-9/11 stand-up of the Department of Homeland Security, the Office of National Intelligence, and the integration of the US Intelligence Community (IC), as well as the recruiting, development, and deployment of thousands of new intelligence officers to fight the Global War on Terror; the reform and restructuring of the IRS; the creation of the cybersecurity and space agencies of the United Arab Emirates; and even the establishment of China’s National School of Administration.

Recipient of three Presidential Rank Awards (from DOD, IRS, and the US Office of Personnel Management), two Teddy Roosevelt Distinguished Public Service Awards, the National Intelligence Distinguished Service Medal, an Innovations in American Government award from Harvard, and numerous other decorations, he has testified before the US Congress over three dozen times and has also developed numerous laws—such as those creating voluntary separation pay (a.k.a., ‘buy-outs’)—and regulations that established DOD’s National Security Personnel System and the IC’s revolutionary civilian ‘joint duty’ program.

In addition, Dr. Sanders has written four books—including two published by the Brookings Institution and one by NAPA—and has also served as a member of National Security Agency’s Advisory Board, as well as on the Boards of Directors of the National Intelligence University Foundation, the Senior Executives Association, the American Society for Training and Development; the Journal The Public Manager, and the National Academy of Sciences Cybersecurity Panel. And from 2017 until his unintentionally well-publicized resignation in October 2020, he was also the Presidentially appointed Chairman of the US Federal Salary Council.

Dr. Sanders has taught on the faculties of Syracuse University’s top-ranked Maxwell School of Citizenship and Public Affairs and the George Washington University (GWU) and led research centers at both institutions; he also chaired the faculty of the Brookings Institution’s Center for Public Policy Education. He earned his Doctorate in Public Administration (DPA) from GWU and holds a B.A. from USF (Class of 1973) and an M.S. from the University of Utah.

A former SEC football player, Dr. Sanders is a certified SCUBA diver, with logged dives from the Great Barrier Reef and the Pacific to the Red Sea and Gulf of Arabia—and he also flies WWII ‘war birds’ (such as the AT-6 Texan, the P-40 Warhawk, and the P-51 Mustang) as a hobby. He is married to the former Elizabeth Book of Miami, and they have one married son, also a Federal civil servant. 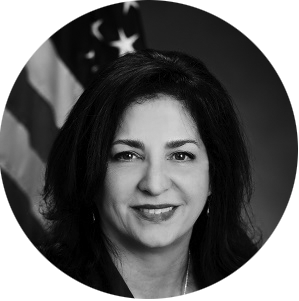 New York State Senator Diane J. Savino (Democrat, Independent, Staten Island-Brooklyn) was born and raised in Astoria, Queens and was educated at Most Precious Blood Elementary School and Dominican Commercial High School.  She received her Bachelor’s Degree in Psychology with a minor in Sociology from St. John’s University and has a degree in Industrial and Labor Relations from Cornell University.

Diane Savino has dedicated her entire professional career towards improving the lives of working families. She began her career in public service as a caseworker for New York City’s Child Welfare Administration, providing direct assistance to abused and neglected children.

An active member of her local labor union, the Social Service Employees Union, Local 371, DC 37 of AFSCME, she quickly rose through the ranks to become the Vice President for Political Action & Legislative Affairs, where she became one of the most respected labor leaders in New York State.

In 2004, she was elected to represent the 23rd Senatorial District, which encompasses the North and East Shores of Staten Island and portions of Southern Brooklyn, including Bensonhurst, Brighton Beach, Coney Island, Dyker Heights, Gravesend and Sunset Park.

Senator Savino’s hard work and influence was evidenced as she championed the Compassionate Care Act through the legislative process despite opposition and a campaign of misinformation. The ACT will allow New Yorkers with serious medical conditions limited access to medical marijuana under the supervision of health care professionals and under strict state regulations.

Senator Savino has authored numerous laws protecting hard-working New Yorkers.  Among the laws she has had enacted is the first in the nation Domestic Workers’ Bill of Rights, expanding basic worker protection rights to domestic workers;  the Prompt Pay Bill, which ensures prompt payment to construction contractors and their employees; Wage Theft Prevention Act, assessing preventative and punitive measures on employers who steal income from their employees; and another national first, The New York State Commercial Goods Transportation Industry Fair Play Act, establishing new standards for determining whether a commercial truck driver is an employee or an independent contractor, helping to further protect workers' rights statewide.

Senator Savino currently serves as Chair of newly formed Senate Standing Committee on Internet and Technology and has previously served as chair of the Banks Committee, Labor Committee, the Civil Service and Pensions Committee and the Children and Families Committee 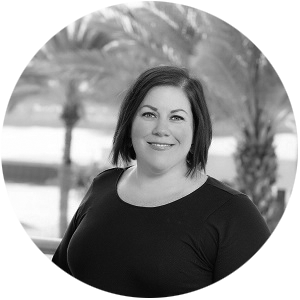 Meredith Ward is the Director of Policy & Research for the National Association of State Chief Information Officers (NASCIO) and has served at the association since 2013. Meredith has nearly 20 years of experience in state, local, federal and international professional associations. Prior to her current position, Meredith worked in government and media affairs in Washington, DC, and acquired over 10 years of experience building relationships with Members of Congress, their staff and members of the media. Meredith has worked extensively on issues related to cybersecurity, IT acquisition, criminal justice, workforce and state technology. Meredith holds a Bachelor of Arts degree, with an emphasis on Government, from Centre College in Danville, Kentucky. 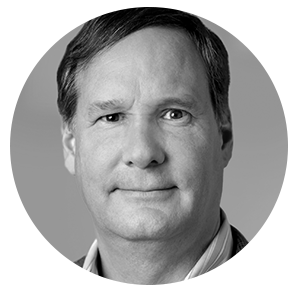 Tim Brown serves as Chief Information Security Officer and Vice President, Security for SolarWinds, overseeing internal IT security, product security, and security strategy. As a former Dell Fellow and CTO, Tim deeply understands the challenges and aspirations of the person responsible for driving digital innovation and change. Tim has over 20 years of experience developing and implementing security technology. Nationally, his trusted advisor status has taken him from meeting with members of Congress and the Senate to the Situation Room in the White House. He is a member of the advisory board for Clemson University and holds 18 issued patents on security-related topics. 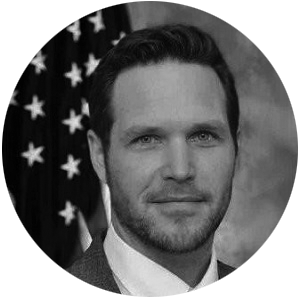 Danny has 20 years of cybersecurity experience split between offensive computing as an ethical hacker and defending some of our most important networks. As a highly regarded thought leader and trusted cybersecurity advisor, Danny has provided guidance and formulated strategies to combat emerging threats for various agencies across the federal government. Prior to joining Zscaler, Danny was the Associate CISO, Operations Branch Chief for the Centers for Disease Control and Prevention (CDC). During his 11 year tenure at CDC, Danny was responsible for implementing operational capabilities to support incident response, forensics, cyber threat intel and insider threat functions. He has designed, implemented, and optimized enterprise cyber security capabilities to effectively detect, prevent and respond to emerging cybersecurity threats. 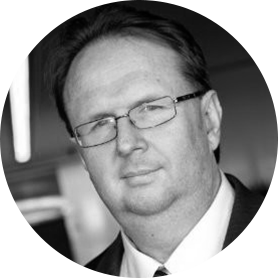 Global Field CTO and Director of the Security Architecture Team

Global Field CTO and Director of the Security Architecture Team

Ian has over 30 years of experience in information security. At Gigamon, he is Global Field CTO and Director of the Security Architecture Team worldwide. This team assists Gigamon customers meet their INFOSEC requirements, and deals with enterprises, service providers and governments around the globe. Prior to joining Gigamon he worked at RSA focusing on Cryptographic and Data Loss Prevention technologies, for Cisco where he delivered paid network security consulting work to customers all over the Asia-Pacific region, and for Sun Microsystems where he was a part of Sun’s internal Network Security Team. Before Sun Ian worked for Silicon Graphics and Cray Research on supercomputers and high-end graphics. His degree is from Macquarie University, where he both started his work career and studied, and did research on the team which developed, amongst other things, the fundamental design of Wi-Fi (R&D funded by CSIRO). 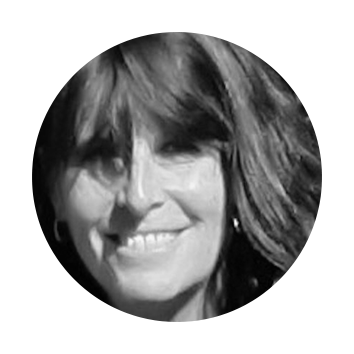 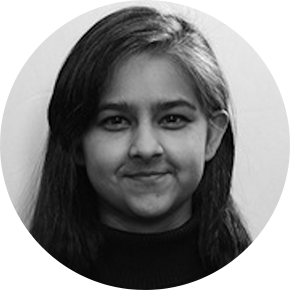 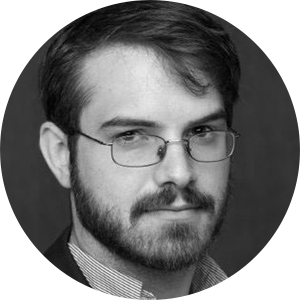 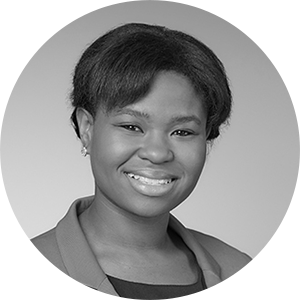 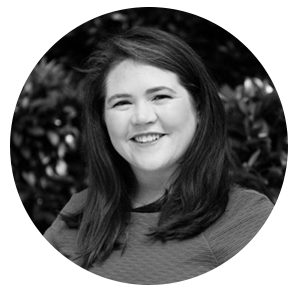 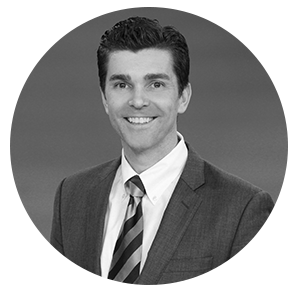