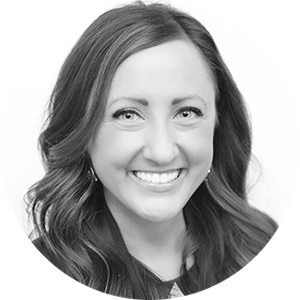 Jaime Lynn Noble serves as the Chief Information Security Officer for the Department of Justice’s (DOJ) Office of Justice Programs (OJP) where she provides leadership and direction for improving the effectiveness and consistency of security for OJP information systems. In her current role, she is responsible for OJP’s Information security risk management program and ensuring information systems are compliant with federal information security requirements as well as the implementation of OJP’s Identity & Access Management Program including compliance with the Federal Government’s Zero Trust Architecture and is focused on understanding the security challenges in the current and future state of the OJP mission to prepare the organization with the right resources and capabilities against growing information security risks.

Prior to joining the Department of Justice (DOJ) in 2017, Jaime served as the Deputy Chief Information Security Officer &amp; Risk Management Program Manager at US Census Bureau for 5 years. She began her federal career at Census in 2001 as a programmer supporting Demographic surveys and censuses. In 2008, she moved to the Office of Information Security (OIS) and led the Bureau's transition from the Certification & Accreditation Process to the Risk Management Framework. In 2014, Jaime and her team received the Department of Commerce Gold Medal Honor Award for developing an innovative security program that allows executives to better understand risk and determine the most cost- effective actions to manage them while minimizing the impact on the mission. 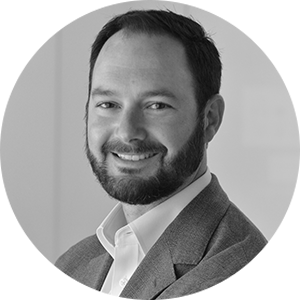 Drew Epperson is the Sr. Director, Federal Engineering and Chief Architect for Palo AltoNetworks Federal. In this role, Drew leads a team of technical leaders who support a wide range of Federal customers and policy makers. Drew has over 10 years of experience in designing and implementing enterprise cyber solutions for the Federal government. Drew also leads Palo Alto Networks Federal innovation initiatives with a focus on solving the hard problems our customers face in meeting their mission.Before joining Palo Alto Networks, Drew served as the Chief Technical Strategist at McAfee Federal.

Drew is a member of two NSTAC subcommittees: Software Defined Networking andCommunications Resiliency. He holds a B.S in IT Operations from Bellevue University and a Master of Information Assurance and Cybersecurity with an emphasis in Cyber Analytics fromPenn State University. 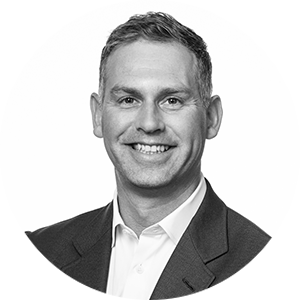 Brian is an accomplished executive and leader with progressive sales and leadership experience building and leading talented teams to achieve hyper-growth within the enterprise software and information services industry. Brian serves as Rubrik’s Chief Revenue Officer, where he leads the global go-to-market sales strategy. Previously he led the sales, services and support teams at ThoughtSpot, where he led the go-to-market function and the company’s SaaS transformation.

Preceding his time at ThoughtSpot, Brian came from AppDynamics, which was acquired by Cisco, where he was responsible for leading the Americas organization as GVP and from QlikTech where he served as President of the Americas. He graduated from Franciscan University and currently resides outside of Philadelphia, PA with his wife and five children.

George Jackson is director of events at GovExec – the largest and most-influential media company in the public sector marketplace. He joined the company in 2020 to enhance the scale of their events and audience experiences. In 2021, George launched GovExec TV (streaming video content) and received the company’s Entrepreneurial Spirit Award, part of their firstannual Icon Awards. 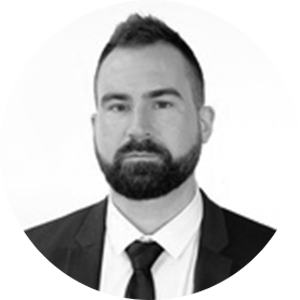 Frank Konkel is Nextgov’s executive editor. He writes about the intersection of government and technology. Frank began covering tech in 2013 upon moving to the Washington, D.C. area after getting his start in journalism working at local and state issues at daily newspapers in his home state of Michigan.